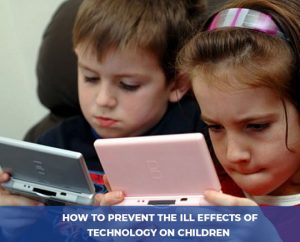 From discovering the fire to reaching Mars, humans have evolved so much in the field of technology. Sometimes, it’s hard to believe what our species has achieved in such a short period. Technology has helped us make our lives so much better and convenient. We have been able to cure complex diseases, restore deformities and increase the life expectancy of humans, all thanks to our advancement in technology.

But as a common rule of life, if something gives incredible rewards, it can also come with unknown risks. And unfortunately, the perils are greater in the case of technology. With constant immersion and dependence on technology, some real concerns have emerged about how it could impact childhood development. Plus, it’s unknown territory for us as our generations never had this kind of constant technological immersion from a young age. Hence, even the top school in greater Noida are starting to get concerned about what technology at this level can do to children and their future.

Even parents are starting to see the ill effects of technology on their children. Hence, most parents and their child have an argument related to technology at least once a day. Parents are struggling to teach their children the proper use of technology, whether it be for playing games, or watching TV from just 2 inches away, or using the AC all day. Hence, your first step as a parent is to teach your children how to use the technologies correctly. As one of your first and foremost choices for nursery admission in Greater Noida, we can shed light on a few points which you can use to make your children more conscious about them using technology excessively.

Being a parent is not easy, and most of the time, you won’t even know what to do. But you might have noticed that your children often pick up your habit and start doing it. It’s how their brain works. Small children try imitating the adults. So you must be a role model yourself to set them on the right path naturally. But please don’t overdo anything and keep their needs in mind. So if it’s hot outside, then you use the AC. And if your child is free then do watch TV with him. Instead of restricting the use of technology, try to show them how to use it responsibly.

As most parents do, you should not just tell them to stop using TV or mobile phones just cause you want them to. It would only worsen the case as most children would become more desperate to do something told them not to do. Instead, you have to try reducing his time to a considerable amount, like an hour of TV or 45min on the Mobile game. It would help your child manage his day efficiently, and you also won’t worry about him overusing it.

Try teaching them both positives and negatives of technology as we do here in the best CBSE school in greater Noida. If your child watches TV rather than scolding, watch the TV with him and try making them watch informative channels like Discovery rather than Cartoons. If he is playing a game, encourage him to play a strategy game with you to increase his brain functions. It is just that you should tell both positives and negatives to them so that it becomes an unconscious thing for them to not overuse.

Technology can both be a disaster or salvation, but it is what you want it to be. It can be either your saviour or your destroyer. If used correctly technology can take humans to Mars, make transport cheap and solve all the medical conditions which unfortunate patients fight, or if used incorrectly it can destroy whole cities and harm the very fabric of our society. Hence, it’s up to us to teach our children how to make the best use of technology.